Looking after the Sanctuary


Having land brings its own responsibilities. It is not just about digging, planting, weeding and harvesting. Every season of the year brings new tasks. Winter’s end is the time to clear away dead growth from the previous year and make any repairs which are needed.

A decade ago we planted thirty-five new trees; red and green alder, wild cherry, silver birch, rowan, cherry plum and eating apple. Very few of them survived, succumbing to rabbits, deer and being choked by brambles and nettles. The wild cherry is doing well, producing its first blossom in the spring of 2016 and we have had two apple harvests.

In 2012, we noticed how dark the pond was, surrounding trees were shading everything. They needed to be cut back. Other saplings had planted themselves next to larger trees and needed to be removed. We held a “Tree Working Day” in the February when most of the unwanted field maple and three self-seeded ash trees were cleared and cut up with the help of apprentices, friends and family.

The tree removal went very well, making the areas around the pool much lighter. We were able to build a designated firepit which has hosted various workshops and other events. The seats are part of the ash trunks.

In the intervening time, the rate of new growth from the trees which were supposedly removed has been educational. The trunk stubs are now producing straight young poles which will be useful in the next few years for fencing or other purposes.

Many of the trees in the Sanctuary and around the spring field are pollards. Their ages range from two to four hundred years old. Even though their trunks may be hollow, the tops still grow new branches.

Pollarding is an ancient practice of woodland management. In woods, trees would be maintained according to their finished height. Oak, Elm and Ash were the three trees commonly found amongst woodland upper storey. They would be allowed to grow to an acceptable height and then any branch which grew above that would be harvested every ten years.

Hazel, short leafed lime and holly were the most commonly coppiced trees in the under storey; hazel being particularly favoured as a multi-purpose wood. The central trunk is cut down to encourage the tree to send out straight branches from the bottom of the trunk. These are harvested every decade and can be used for a variety of purposes such as hurdle making or charcoal.

In 2007 we planted two short-leaf lime and two spindle trees in the area across the stream where elder, walnut and willow also grow. The lime won’t be coppiced or pollarded as we hope, one day, there will be lime flowers to harvest.

If you want to harvest wood but still use the majority of your land for pasture or growing crops, the easiest method was to grow trees around the edges of fields and pollard them by cutting off the branches just above the height where cattle, horses or deer could browse new growth.
Pollarded trees need to be harvested every ten years, otherwise the poles grow too large and their weight can bring an ancient tree crashing down during a storm. We lost one of our ancient willows this way in 2016 even though it had been pollarded regularly.

If you look at the ash and willow trees around the Sanctuary, all the willows are pollarded. The corner ash trees, which delineate field boundaries, have been left to grow normally, while the ones along the fence line have all been pollarded. The ash tree growing by the spring head was self-sown in the last hundred years when the farm was being rented and pollarding was not considered.

The ash trees were last pollarded in 2012. That year’s group of apprentices included someone with woodlands management skills and he, very kindly, agreed to take on the task of pollarding the ash trees during March before the sap rose.

The amount of wood removed was more than we anticipated, requiring our 1950s Fordson tractor to be started up for the first time in a decade to clear up all the small branches into a huge pile of brash to be burned at a later date. The ash poles were stored in the cattle shelter at the top of the field and the withy poles split to make rails for a new fence around the top of the pond.

The ash harvest is now almost gone, providing fire wood for festivals and wood burning stoves and we have new ideas for the iron shed, which started life as a munitions shelter during the second world war.

This year our main concern has been the removal of dead trees, a medlar planted in 2006 and a hawthorn which was part of the original rectangle of hedges planted around the two oak trees centuries ago. (Why this area was enclosed will probably never be known.)

The other constant management issue is brambles. Last year we removed the briar patch growing over the wire fence into the field. It had encroached nearly ten feet into the field and although it provided shelter against prevailing westerly winds, it needed to come out. We have lots of other brambles to harvest for root vinegar, flower essence and blackberries.

This year it was the brambles growing around the sides of the ponds. They had completely encased the two springs outlets with their moss-covered lime towers and needed to be tamed.

The Sanctuary has three main springs running through it. The first provides water for the farm, flowing away down a small stream which eventually joins the River Dikkler in the valley. The other two are fed into the pond via two pipes. There is also a pipe from the stream which can bring water into the pond when it is being filled up. This pipe has been blocked for several years and water has leaked into the soil causing the ground around the wash house and one of the oak trees to become very muddy.

We’ve been trying to find the source of the leak for a couple of years to no avail. This workday, Chris, with the help of one of my apprentices’ husband, Graham, managed to rod through the pipe with various tools (eventually resorting to a plastic hosepipe!) until water began to flow again. We hope this will help to dry up the mud. If not, there may be a new spring to discover and reroute before the oak tree is permanently disabled.

We are always grateful for the help provided by apprentices, family members and friends which enable us to keep the Sanctuary a safe and vibrant place for everyone to enjoy.
Posted by Sarah Head at 04:18 2 comments: 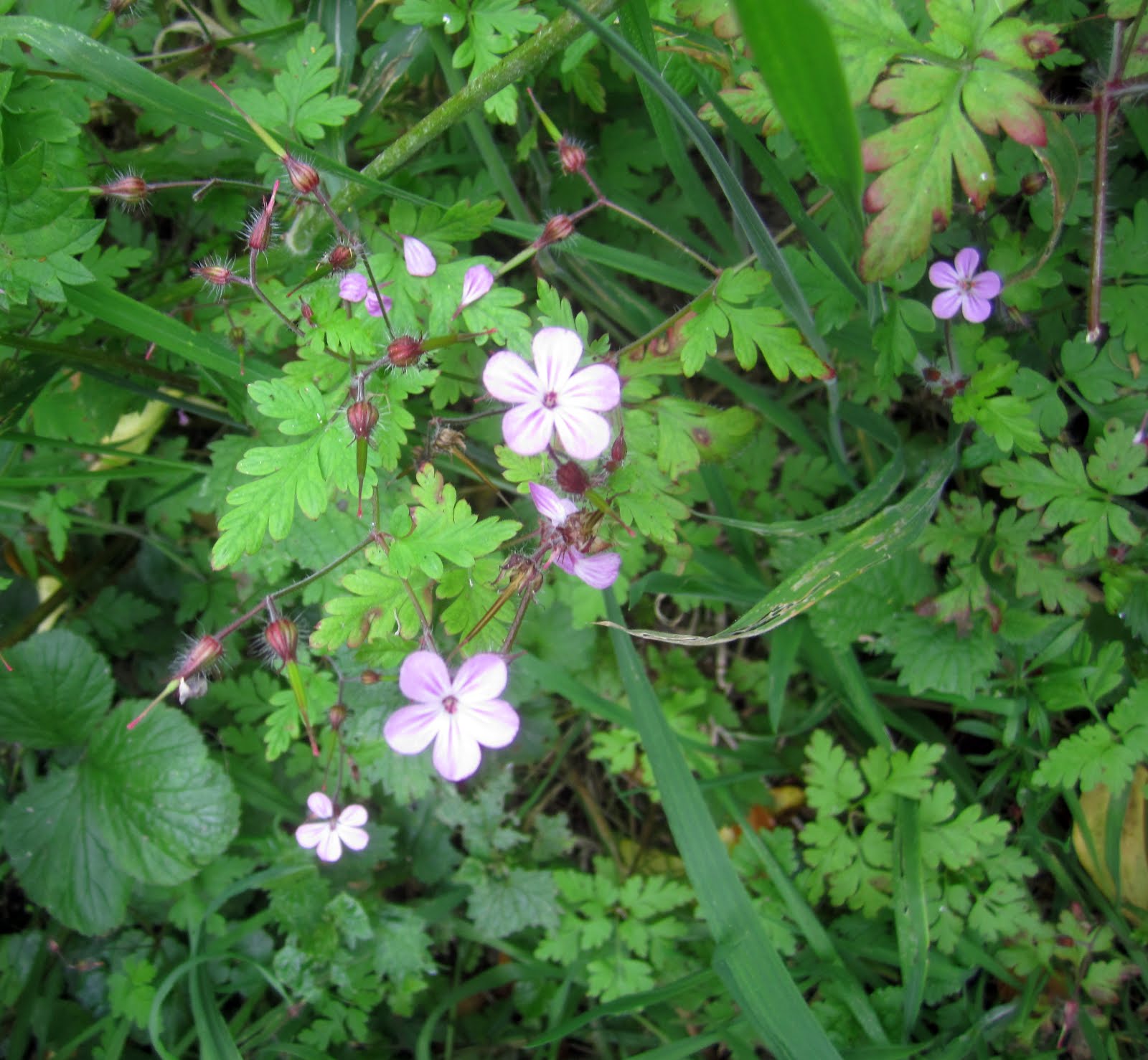 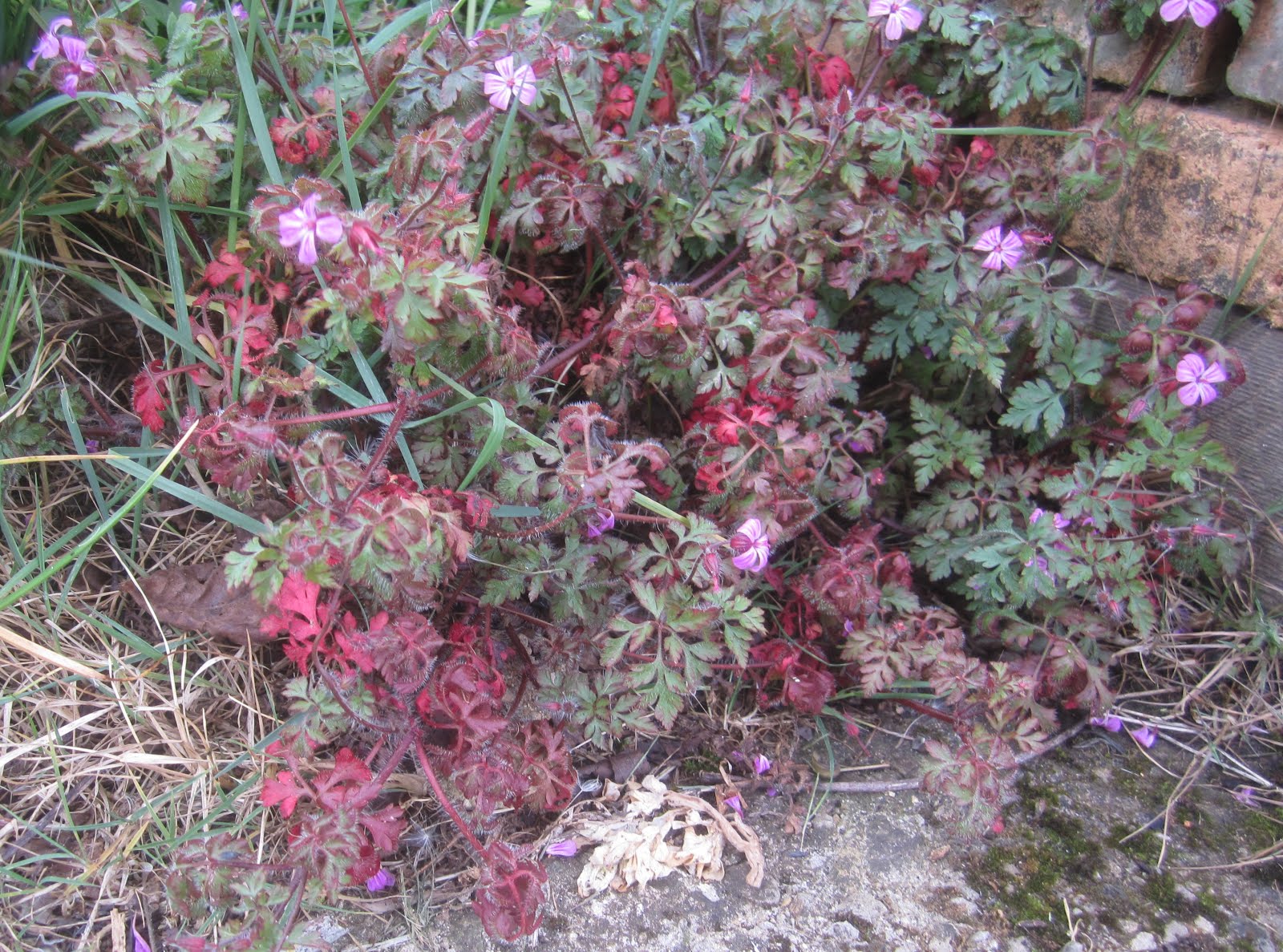 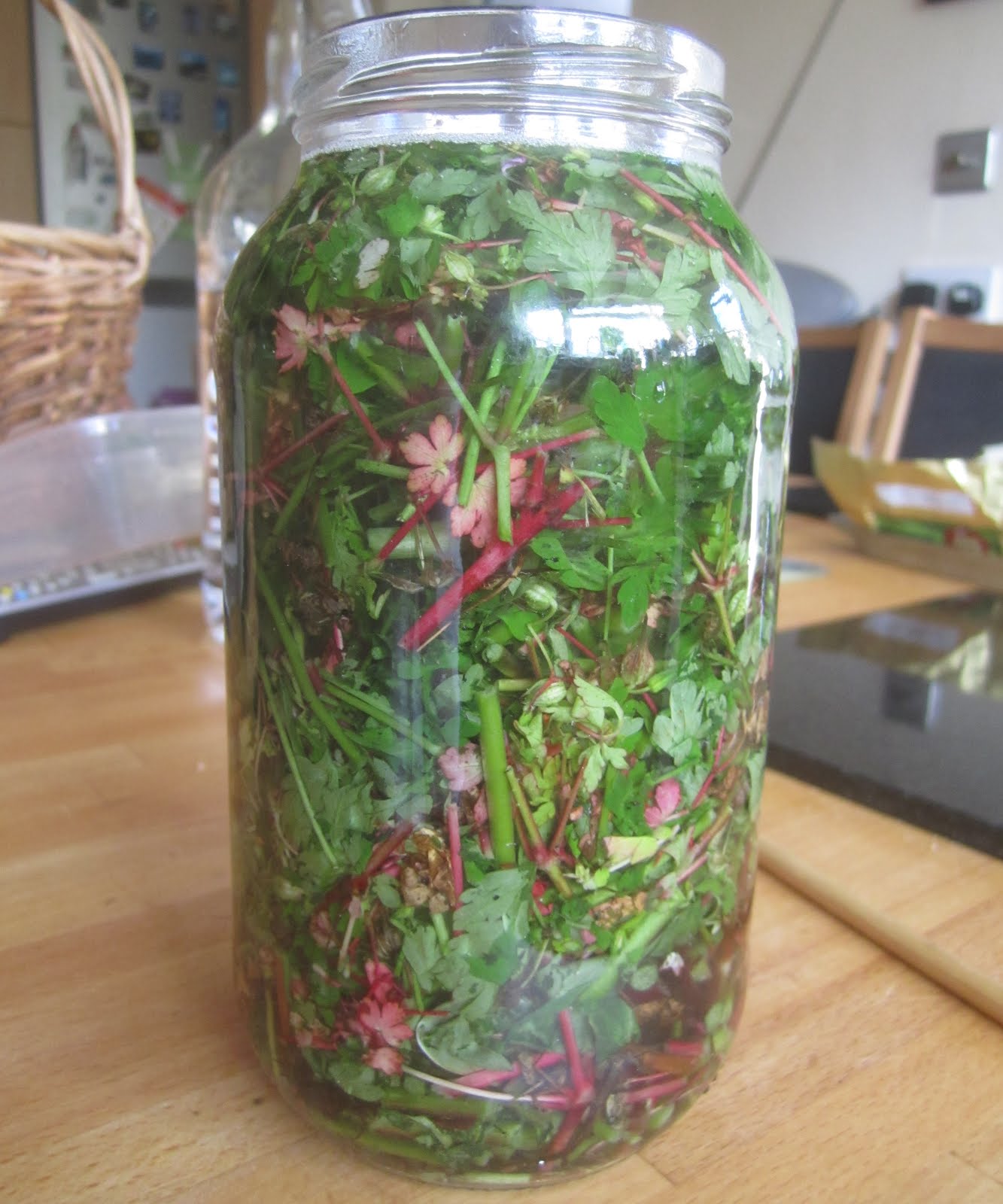 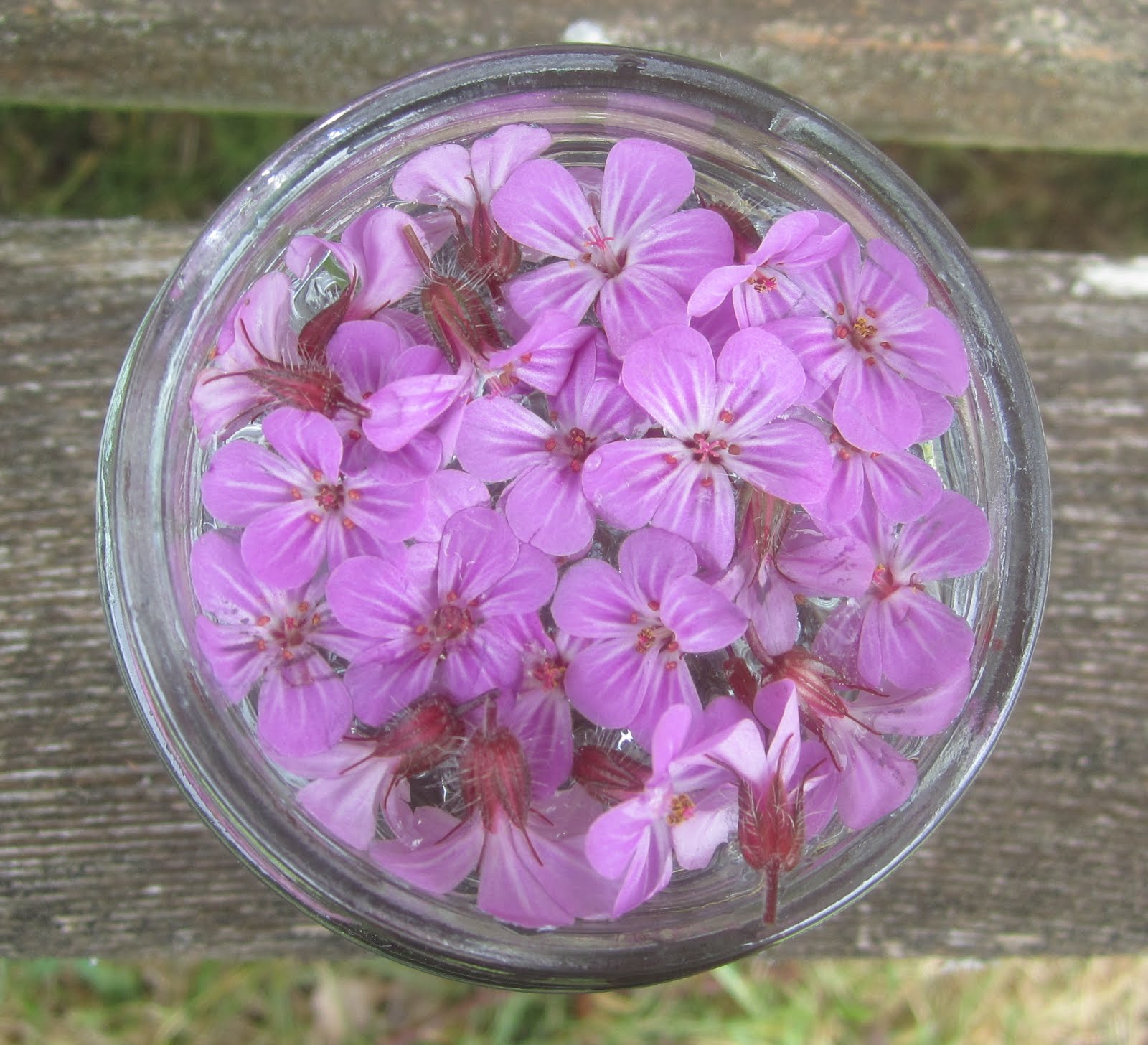 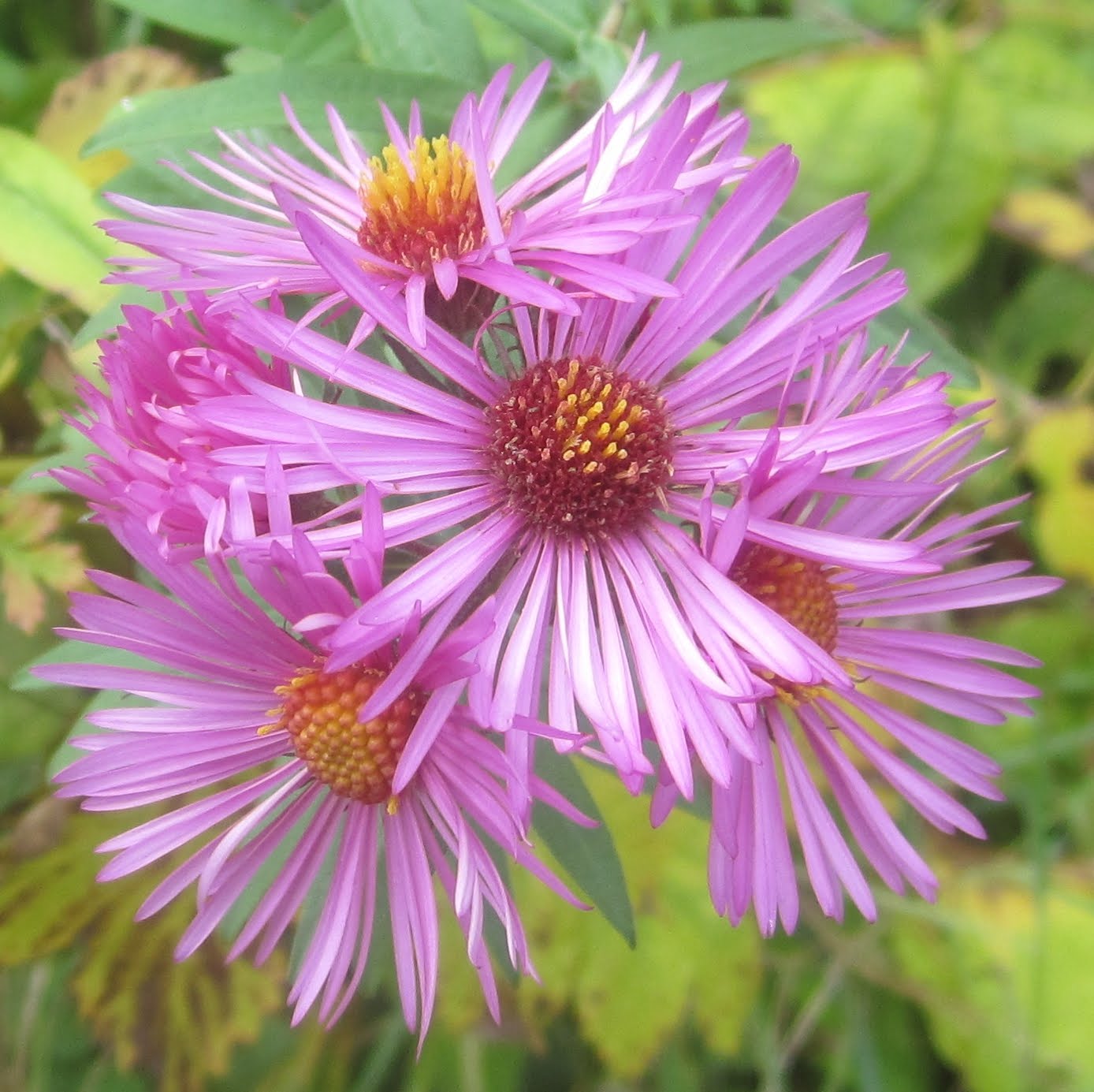 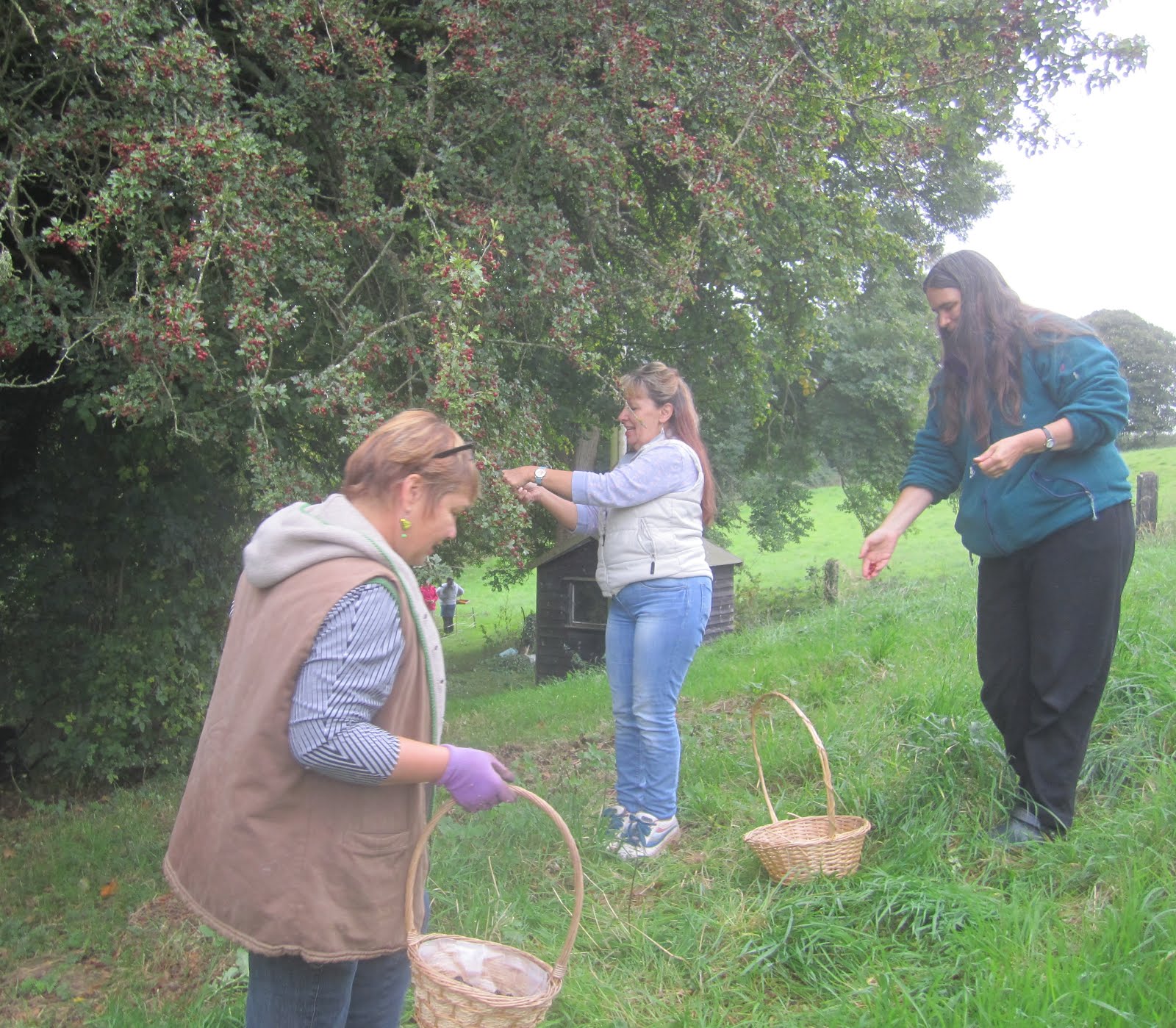 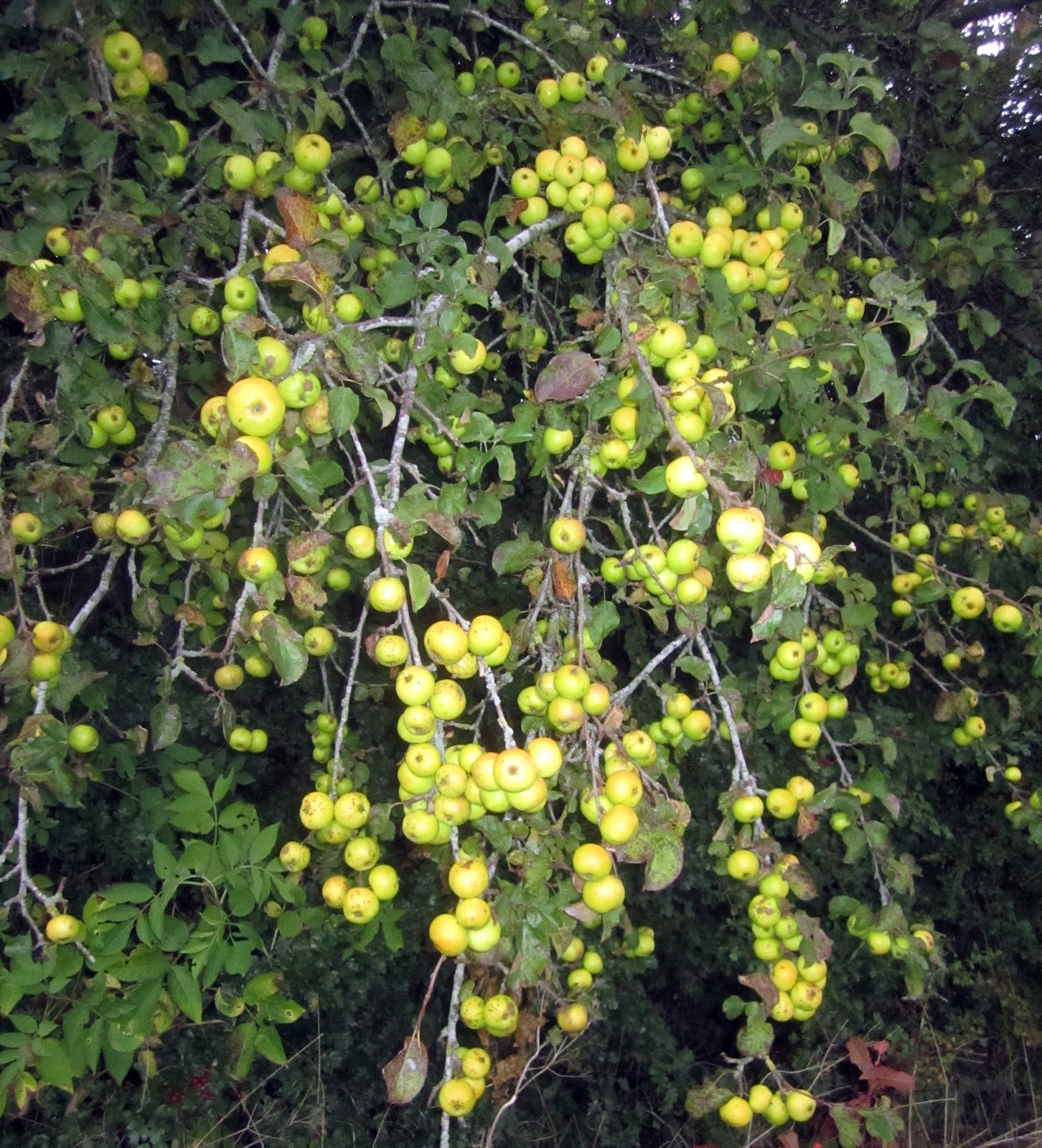 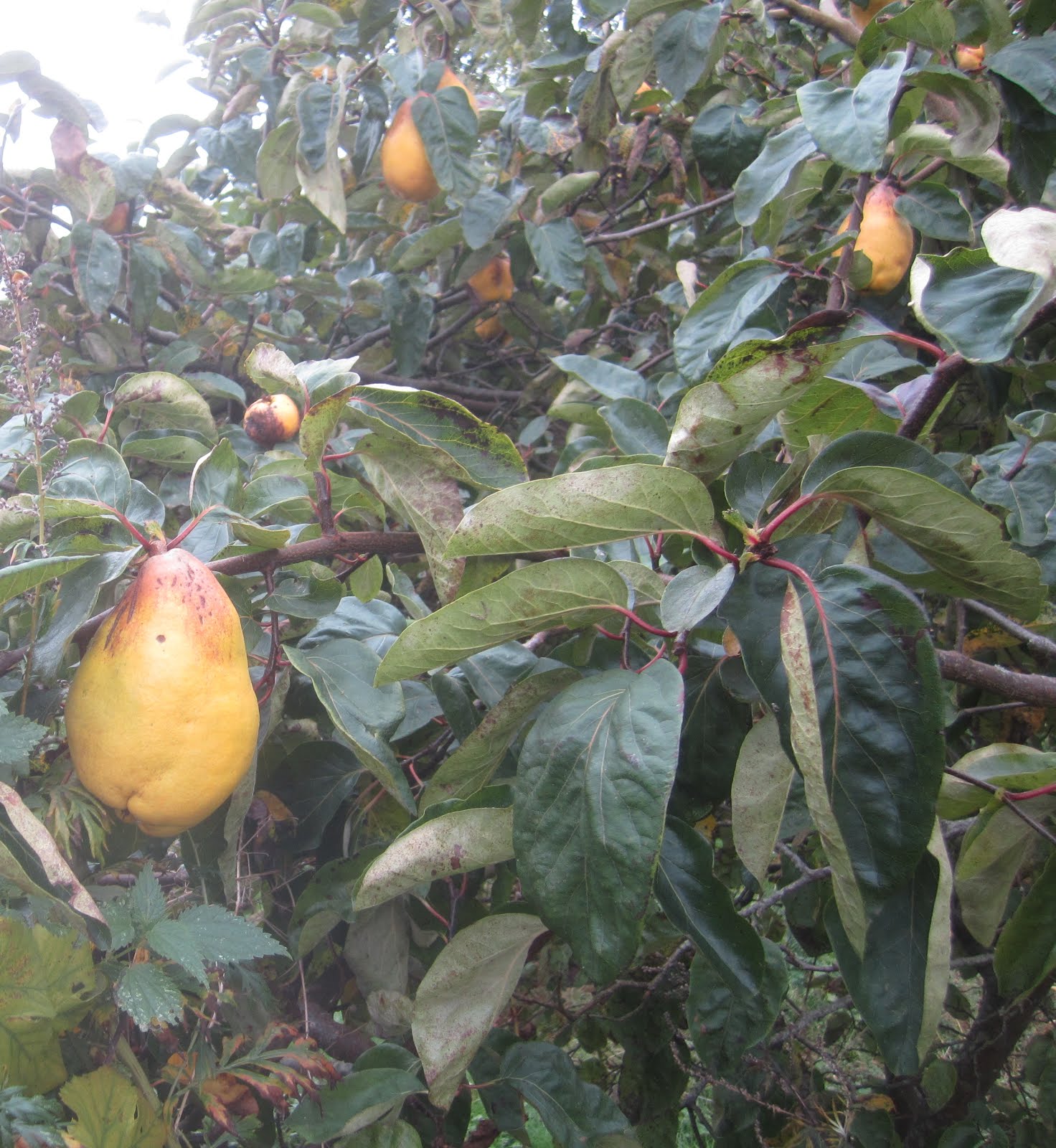 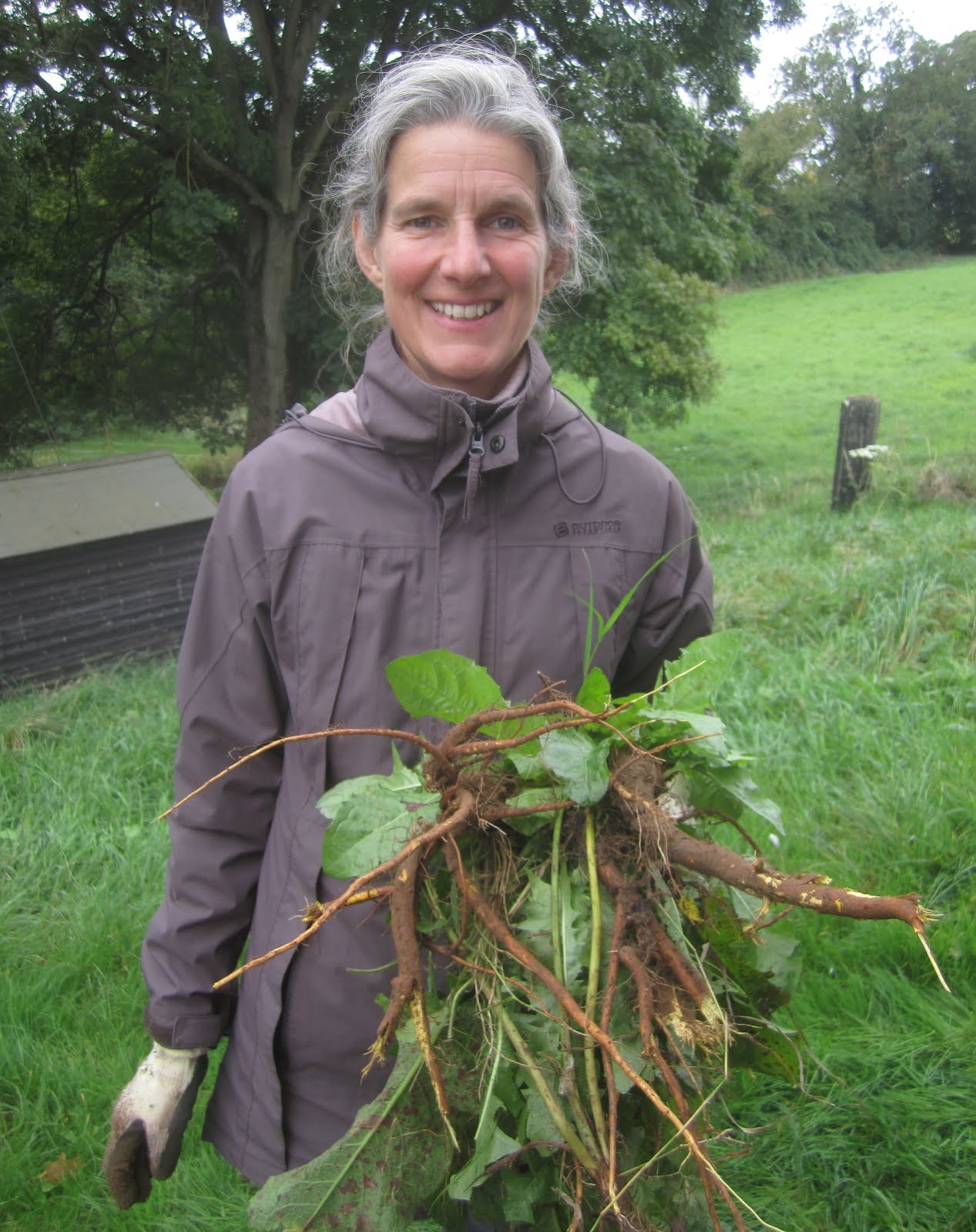